What does it take to win the 48 Hour Film Project?

Take a look at the video on this page to find out.  It won:

This video was one of 41 entries in the 48 Hour Film Project’s stop in Nashville, TN on their nationwide tour. 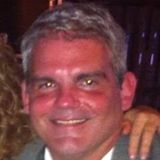 Carlos Johnson, member of the winning team in the 48 Hour Film Project.

It was produced by a 15-member team calling themselves Crop Circles Productions.  One member of that team, Carlos Johnson, is a longtime buddy from my working days in Nashville TV.

Carlos filled me in on what it takes to produce a winning film when dealing with such drastic time limitations, no budget and working at a fast and furious pace.

FIRST, WHAT EXACTLY IS THE FILMMAKING CHALLENGE OF THE 48 HOUR FILM PROJECT?

At 7 p.m. Friday evening, teams meet to get their assignments.   First, a member of each team does a “blind grab” to determine what genre of film they will make from the 14 genres listed.

Then, ALL teams are told to incorporate a few basics. Each movie had to utilize a certain prop, this year it was a pair of pliers. Each film had to contain a certain line of dialogue, which was “Just leave me alone.” Lastly, each film had to have a character by the name of Andrew or Andrea Loper.

After this info was handed out, the clock was ticking.

Sunday night, a finished film was due back for judging.  All films are shown at a screening at a real movie theater. 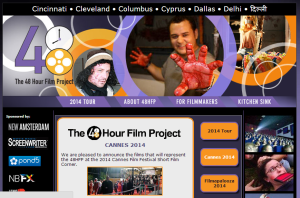 HOW DID THE WINNING TEAM GET THEIR VIDEO GET MADE?

First step was to have a “brainstorming” session. Everything from the weekend weather (lousy, rainy) to the availability of shooting locations needed to be taken into consideration.

Since many members of this team, including Carlos, work for Rural Tv, they had permission to use the newsroom as a set. So it became obvious that TV News would be a good background environment for their story.

Carlos was elected to write the script, so cranked it out and was done by around 1 a.m. Saturday morning.

Bright and early Saturday morning, the crew call was at 8am.  They shot all day. One editor worked all night into Sunday morning with a “rough cut,” then another editor worked all day Sunday doing final edits & “sweetening” the project. Crew reps turned it in Sunday evening around 6:15pm…with 45 minutes to spare!

A few days later, the team found out they had won in multiple categories.

Carlos said that while the project was VERY tiring (especially after working a 55 hour week leading up to that weekend), he enjoyed it immensely. “mainly because I got to be creative (“outside the box”) and do something a little out of the ordinary with my work “peeps.” Also I became friends with several people on my team whom I’d never met until that weekend. It’s a great experience…already looking forward to next year!

Back in May 2001, a guy named Mark Ruppert came up with what he thought was a crazy idea: make a film in 48 hours. He enlisted his filmmaking partner, Liz Langston, and several other DC filmmakers to form teams and join him in this experiment. The big question back then was: “Would films made in only 48 hours even be watchable?”

The answer was an amazing yes.  Now, ten years later and with more than 900 competitions having taken place around the world, it is amazing to consider the success of this Project. 2014 marks the 13th time they’ve visited Atlanta, Los Angeles, New York and Austin, and the 15th time for DC.

The smallest team has consisted of one person with a camera who then runs around to be “on-camera”. The project’s largest team was from Albuquerque with 116 people and 30 horses.

The 48 Hour Film Project has had about 25,000 teams over the years, with an average of 13 people per team.  That translates to roughly 325,000 people who have answered the call to come on out and make a movie in a rush-rush competition.

In 2014 the 48HFP will visit more than 120 cities where more than 60,000 people will make short films. The Project has truly spread to the four corners of the globe as filmmakers from Asia, Australia, Europe, the Middle East, Africa and the Americas will compete to see who can make the best short film in a weekend.

Still image from the winning film. The film crew used dramatic lighting to add to the storytelling element of suspense.

Carlos and his team have a lot of combined professional video making experience.  When you watch their award-winner, that experience shows.  The sequencing is awesome.  The lighting in some spots is so dang perfect it gives me chills.  The story is emotionally driven and suspenseful.  The acting is quite good for non pro actors.  (The woman playing the anchor lady is indeed a real life anchor lady.)

This video has all the elements it takes to be a winner, so I am not at all surprised that it won in so many categories. There was a lot of competition, and many folks cranked out quality work.

Carlos said, “There were a lot of great films this year from the Nashville entries. While ours was not the overall winner..we were tickled pink to get the best drama (out of 5 or 6 others)…plus all the the technical awards.”

As you progress on your journey in filmmaking, take advantage of the talents of others by watching their work closely.  Study it.  Don’t just watch.  Absorp it.  Live it, picture yourself there.  Take the techniques you like and adapt them to your projects.

Quality filmmaking is multi dimensional.  To truly be a great film, it needs to achieve excellent in all areas.

I hope this information inspires you to make your own awesome videos!

Thanks for reading VPT,