If you’re new to video production, the thought of creating your own story can be both thrilling and intimidating. How do you tell a story with a video?

Most of us have experience telling stories with the written word. When you first began telling stories that way, you learned all about the different components of writing: sentences, paragraphs and (ugh!) grammar.

With more advanced story-telling you studied plot, theme and characterization.

You have a minimum of 19 visual story-telling elements to combine, mix and match. Here’s a list: 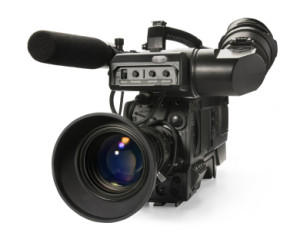 * Wide-shots– Establishes your setting. You can convey paragraphs worth of information in one wide shot.

* Medium-shots– Most commonly used shot.  Use for generalized action.

* Still pictures– Moving video is always best, but still pictures can be used very effectively and sometimes they’re your only option. Importing digital stills into computer editing programs is a snap.

* Moving camera– If you deliberately move the camera, this helps create a sense of chaos or excitement. This technique is very common in horror movies and music videos. Will it work to help you represent alcoholism for your addiction recovery website?

* Steady camera– Quality video is usually rock-solid steady, which means it was shot off a tripod. Steady video helps your viewer forget they’re watching TV and concentrate on your message, not your production style. The number one mistakes novices make is they don’t believe in holding the camera steady! Even if you hand hold instead of bothering with a tripod, there are ways to keep it steady. Try shooting on the wide angle portion of your zoom lens, that way your shakiness is less noticeable. By all means, resist the urge to zoom, pan and tilt a lot.

* Camera angle– One of the most classic ways a movie director reveals information to the audience, camera angles can be low angle, high angle, or eye level. A low angle gives the viewer the feeling that the subject is important and powerful because the low angle makes the person on camera look large, as though a small child were peering up at an adult. A high angle does the opposite, making the subject look tiny, insignificant or overwhelmed. Most video, especially interviews, should be shot at eye level, which gives a neutral feel.

* Music– Music gives an instant mood to your video and can be added easily with computer editing. Before you race out to make a killer video with Snoop Dog’s latest as the music track, remember that legally, you can’t use anything but a genre of music called “royalty free” unless you’re willing to fork over huge licensing fees. When I made home movies of my baby’s birthday party meant for relatives only, I took a real gamble and decided that John, Paul George, and Ringo wouldn’t sue little ole me for using my favorite tunes like, “Here Comes the Sun” and “Birthday” on my bundle of joy’s home movie debut. But any video connected to work and making money had to be royalty free or approved by the licensing company.

As the intent grows, this situation will change. Some web sites like You Tube now pay the high licensing fees for you, but that will only apply if your video is isolated to You Tube.

* Narration– Narration is one of the easiest ways to make your video packed full of the information you want your audience to know. Good narration is conversational and concise. Speak slowly, easily and enthusiastically. You want to sound as natural as possible, but do pay extra attention to enunciation and diction. Narration is typically a documentary style technique but some movies occasionally use narration too. Narration can be mixed with music and sound effects.

* Interviews– Interviews can be considered the skeleton, or framework for a video. Speaking to experts or other participants in the story is an easy way to add a type of narration to your video. You can show the person’s face, or cover that video with other video related to your story. (That’s called a voice-over and you just use their voice.)

Here’s an example.  Let’s say you’re doing an in-depth video aimed at rich retired folks about how to improve their golf game, interview four people: a professional golfer, a physical therapist and two seniors who fit the profile of your target audience. Weave portions of their interviews, called sound bites, into your story along with

Interviews with experts add credibility and interviews with “regular Joes” add viewer identification. Let people you interview tell their story and you transform it into your story.

* Dialogue– Dialogue can be natural or scripted. Using “natural dialogue” (letting people just speak off the cuff) is one of the easiest way to make a video. It helps to have chatty people who have that innate “ham” instinct and can think on their feet. To be effective as a story telling technique, make sure that the audio is recorded well. Poor quality audio is more irritating for a viewer than poor quality video. That’s a fact. If the viewer has to strain to hear, he’s likely to turn off. Add subtitles if your sound is badly mumbled. Different microphones have different characteristics so it takes a bit of training to consistently be able to record quality sound in any situation.

* Natural Sound– Natural sound is whatever sound you pick up while recording. Anything from bird tweets to traffic noise is considered natural sound. Sometimes natural sound is superfluous and irritating, but usually, it adds realism and gives you viewer a sense of “being there.” Natural sound can be effectively be used like punctuation, mixed in periodically with narration, music or other audio.

* Pacing– A fast pace gives the viewer the feeling of chaos or excitement. A slow pace is generally regarded as boring, but can often be used effectively to indicate a peaceful mood. As a general rule of thumb, for a five minute professionally-produced video, a standard pace would be each shot lasting four to five seconds. A fast pace might include edits every split second, but anything under :02 would be considered fast. A slow pace would be each shot lasting :30 or more seconds.

* Graphics– In video production, graphics usually refers to any words written on the screen. Information such as price, dates, locations, time, and addresses all make good graphics for video. If you think your viewer would need a pencil to jot the information down, definitely make it a graphic.
Another common use for graphics is putting a person’s name and title up while their face is on the screen.
Joe M. Schmoe
Mayor
Graphics help tell a viewer information that might otherwise interrupt the flow of your story.

* Lighting– Mood lighting is one of the quickest ways to establish an emotional feel for your video. Dark and shadowy is equated with a scary mood and brightly lit indicates a cheerful mood.

* Editing transitions– In the language of film and video editing, editing transitions, such as a wipe or a dissolve, have meaning. From the earliest days of Hollywood, dissolves have indicated the passage of time. There are wiggly wipes that indicate a fantasy sequence, fire-edged wipes that simulate an explosion, rotation wipes that look like a clock hand.  There are even goofy wipes of running, bleating sheep in silhouette. Seriously. And there actually was a story I covered in Tennessee concerning a county sheriff, some sheep and a hotel room where that wipe would have been relevant. Took all the professionalism I could muster to not make that visual editorial comment.  🙂

* Characters– Movies obviously rely on characters, but increasingly, so do short videos, like thirty-second commercials. One of my all time favorites is the campaign for Apple computers with the nerdy PC character and the hip Mac character. Those very cliche-looking guys say volumes about the two competing products and it’s all instantly understood by the viewer.

That’s an exhaustive list of 19 visual story-telling elements. Congratulations for reading this far!

The most fun-to-watch videos use a variety of story-telling elements. 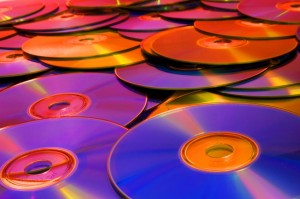 *That doesn’t mean you can’t do an effective video with one talking head shot of you on your web cam. It all depends on context and how badly your audience wants your information.

There’s no shortage of stuff for folks to watch. If they don’t like your video there are ten-million other channels!

I hope this article helps you on your journey to becoming a master visual storyteller.