Projects For The Beginning Film Maker. 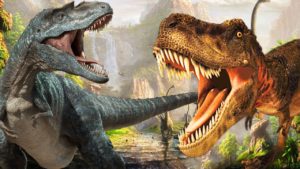 One of the skills you need to develop to create professional-quality videos is the ability to think visually. Instead of words, you communicate using pictures.  What visual cues can you as the film director give the viewer so he or she “gets” it?

You have to first think of what the visual means and how the average viewer would interpret it.  Map out the events of your story.  Think beginning, middle and end.   What do you want the viewer to know?

What happens first, second, third?  Then, think about how you want to tell your story using linear or non linear storytelling.

The order in which the visuals are shown to the viewer is a critical decision for the film’s director.  What order images are revealed to the audience is an  important element in artistic delivery.  First and foremost you want the viewer to understand your story.

A good story will unfold before the viewer’s eyes.  As the director, you decide what they see and when.  There are always multiple ways to do it.  Just like no two novelist write the exact same sentences, not two filmmakers create the exact same sequences.

Here is an exercise where you can decide the best order for the supplied pictures to be presented.

Let’s tell the dramatic story of the death of the dinosaurs.   What caused these magnificent, powerful creatures to perish and go extinct?

What evil foe would be strong enough to conquer the dinosaurs?

First, let us briefly tell the story using words.  That is a more familiar way for you to tell stories.

As you probably know, the best theory on why the dinosaurs died out is that an asteroid hit earth.

This traumatic event for the earth changed the climate and environment so much that food and water dinosaurs depended on for survival slowly disappeared.  The animals slowly starved to death.

Over millions of years, their skeletons were fossilized, which means they turned to stone.  Today many skeletons have been dug up and reside in museums.

Here are six pictures to represent the story of the death of the dinosaurs.  What order should you put them in to best tell this story using visual storytelling techniques?  There are several possible answers.

First, decide what is happening in the picture.  How does that relate to the story?  Where does it fit into the timeline of the story?  Think Beginning/middle/end.   Remember sequences with closeups. 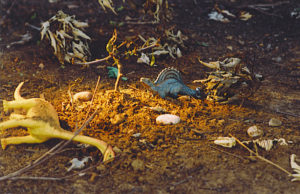 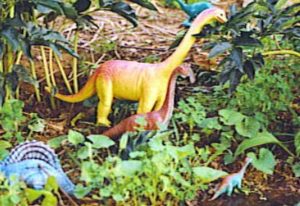 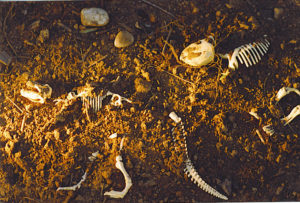 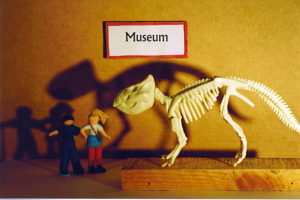 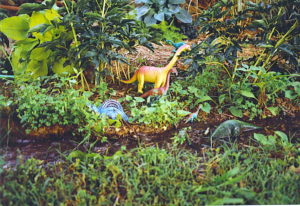 Which picture should come first? Second? Third?  Why did you chose the order you did?  Discuss with your classmates.  Do they have other ideas?  Nonlinear storytelling is more difficult to achieve than linear.  Beginners might want to stick with linear at first.  Film is uniquely able to carry a nonlinear storyline.

NEXT STEP:  Your Turn!