As you settle in Sunday to cheer on either the Arizona Cardinals or the Pittsburgh Steelers in the Super Bowl, realize that you are watching the mother of ALL video productions.

The annual Super Bowl is the single largest television event in the world.  When you hear what it takes to broadcast the game you might better understand the 3 million dollar price tag for a mere 30 seconds of sponsored airtime. 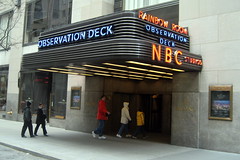 The same vendor is supplying three more semi trucks to NFL films.  Each truck is packed with millions and millions of dollars worth of equipment.

They will have fifty-five cameras on the ground and five more on various out-of-stadium platforms.  Most TV shows are done with three cameras. Movies use one.  (A few years back I read that they used 80 cameras, so actually, I thought 60 seemed a bit low.)

They will have over eighty microphones.

They will lay over one-hundred miles of cable, much of it fiber optic.

The cameras are exclusively Sony with lenses exclusively from Cannon.  The zoom on some of the lenses is 100x, powerful enough to get a close-up from 400 feet away.   The lenses and cameras are designed especially for harsh weather conditions, rain, snow, temperatures and wind with special casing and image stabilization features.

Viewership is expected to be 100 million people worldwide.

Sponsors are paying up to 3 million dollars for 30 seconds of commercial airtime. That’s 11% more than last year’s rate of 2.7 million for half a minute.  That’s led one beer company to opt for a one-second commercial.  The amount of hype that has generated will more than make up for the missing 29 seconds.

A production cost of 6 million dollars is typical for one of these high-dollar commercials. So when you add the production costs to the air-time cost, you get 9 million buckaroos for 30 seconds.  That’s a whooping 300 thousand per second!  (You’ll be glad to know my rates are much lower.)

One of the most heavily anticipated commercials, Monsters vs. Aliens, will be in 3-D.   125 million 3-D specs were distributed to grocery stores for folks to pick up for free.

So as you relax at home munching on all kinds of fattening snacks, be grateful for how EASY video production seems when you are not one of the hundreds doing all the work!