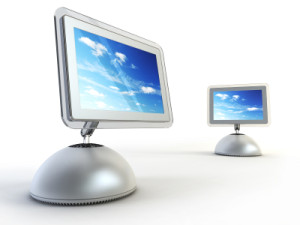 I often have people ask me, “What’s the best video editing software to use?”

My answer is always, “It depends.”

What is “best” for one person won’t necessarily be best for the next person.

Pinnacle Studio actually has three levels of complexity and price. Pinnacle Studio is the least expensive at $49, Studio Plus comes in at $99 and Ultimate v. 12 costs $129. All three keep simplicity at the forefront by configuring tasks as templates rather than making the editor select all variables involved. This feature is definitely what a beginner wants.

Corel Video Studio comes in two levels of complexity and price. Pro X2 costs $99 and the basic version runs $70. The basic version limits you to two video tracks and two video overlay tracks while the pro version gives you seven.

When considering an entire suite of video editing software, VideoMaker Magazine gave the top nod to Adobe Creative Suite 4 Production Premium at $1,699. NOT CHEAP. But you get all this: Illustrator, Photoshop Extended, Flash Professional, After Effects, Premiere Pro (the actual video editing software), Encore, Sound Booth, Device Control, Bridge and Dynamic Link. If you are really serious about achieving professional level video editing, this would be a great package. If you don’t need quite that much capability, you can get Premiere Pro by itself for $799. Adobe has done a good job of making Premiere much more user-friendly over the years and they also now have a version for Mac.

Adobe also won a Most Innovative Software award for Visual Communicator 3, made especially for the video blogger. Adobe touts it as streaming video made simple. The software helps you with the entire production process, not just post production. It includes a teleprompter as well as features that let you upload your to the web. Adobe purchased this software from a company called Serious Magic.

The final software award, Best Visual Effects Software, was given to proDAD Adorage. If you want to add lots of fancy transitions, this software includes transition effects such as Particles and Lights, Universal Tricks, Diamond Composites, Power FX Pearls, Eyecatcher FX and Particles and Objects. All nine volumes together sell for $499. You can get individual packages starting at $73. Keep in mind this software is not full-fledged video editing software, but rather a package to use in conjunction with standard video editing software.

So if you have been looking to buy some video editing software, consider your needs and budget. Then you can decide what is best for you.

The downloading of applications has gone through the roof in past years with over an estimated 268 billion downloads in 2017. This demand has put pressure on developers to bring in external developers using a low code platform. This development framework, which relies on GUI, is making it possible for more and more non-coders to establish themselves as application developers, and is breathing new life into the industry, as a whole.