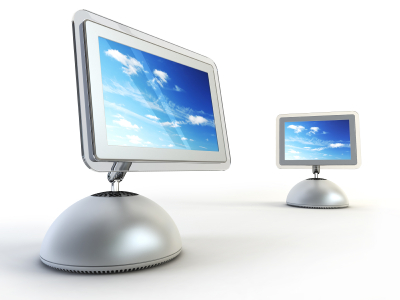 Camtasia Studio is one of the most popularly recommended video editing software programs.   For what it is, Camtasia is a great program BUT (and this is a very BIG BUT) it is absolutely NOT the right software for MOST video editing projects.

To hear some people recommend it though, you get the impression that Camtasia Studio is the be-all and end-all for video editing.

A question from a reader the other day really drove this home.  He is in the cooking niche and he wanted to produce a cooking show, kind of like Emeril.  He bought a bunch of video equipment, including Camtasia for editing.   Problem is, for him, Camtasia is essentially worthless.

Camtasia is designed to make screen capture videos.  This means that the main function of the software is the ability to record whatever is on your computer screen.  Let’s say you want to make a video tutorial about how to use a computer application.  Camtasia will allow you to record screen shots of the application when it is open on your computer.  You can demonstrate how the software works using these screen shots.  You can add audio, transitions and titles.

It’s is also good for making videos out of PowerPoint slides.

But my reader who wanted to edit his cooking show was out of luck because Camtasia is NOT designed to edit an entire show out of video you shoot with a regular video camcorder.  It is primarily a screen capture program.

If you want to make a show out of video you shoot with a standard video camcorder, then you really need a standard video editing program, like Windows Movie Maker, Sony Vegas, Adobe Premier or Final Cut, to name just a few.

Those video editing programs are for editing camera video.  Unlike Camtasia, they can not record a screen capture shot.  So if you wanted to show your computer screen in a video you are editing with Windows Movie Maker, you would either have to use a jpeg or you would need to videotape your computer screen using a video camera and then capture that video into Movie Maker in the same way you captured your vacation video.  Or, you could use Camtasia to record the screen capture and then import that into your other software.

Camtasia is good software, please do not get me wrong. For what it does, it’s great and getting  better all the time.  Its maker, TechSmith, is improving it all the time and adding more standard video editing features.  The program has come an awfully long way since I first used it about five years ago.  BUT, the fact remains that it is primarily for screen capture and screen capture might not be the style of video you want to make.

BUT, if you want to edit videos that consist primarily of video you take with your camcorder, i.e. live action video, then you need something other than Camtasia.  Even as Camtasia becomes more robust, the fact remains that it is primarily a screen capture program.  Standard video editing programs are going to give you much more creative control while editing.  The differences between the two types are pretty big.

I felt real sorry for my reader the chef who completely misunderstood this vital distinction before he bought his video editing software.  $300 is a lot to waste when Windows Movie Maker would have been a better choice for him and it is free.