Common Video Camcorder Features. Do You Really Need Them? 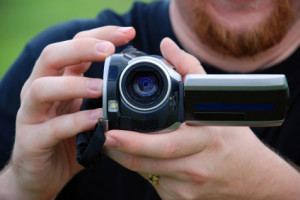 Walk into any digital video camera store and you will see modern technological marvels begging to be held.

If you love video cameras like I do, there’s nothing more fun than fondling what’s for sale at Best Buy. Every single camcorder on the market today will do an excellent job. The only real issue you might run into is compatibility with other video equipment you already have. The spec to look for to check compatibility is the recording format.

Don’t be afraid to pick one, generally speaking you can’t go wrong. Technology has come such a long way that these beauties have every bell and whistle imaginable and they still weigh less than a pound.

Some features are more useful than others. And of course a lot it depends on how you want to use the camera.

Here’s a list of four common video camera features so you can decide what’s important to you.

Camcorders today do multiple things. Sometimes that can be convenient, but be aware that a small machine functioning as multiple machines can decrease the quality of said machine’s main function of getting awesome video images.

I took this picture of some candles I made with my Zi8. Even with fairly bright light, the resolution on this picture is quite awful if you zoom in on it or blow this shot up to a larger size.

Many video camcorders have the ability to record both video and still images. For example, the little pocket Kodak Zi-8 I have can do three formats of video plus stills. The video it shoots is high quality, but the stills are rotten unless there is an abundance of light.

You can see that in the example I posted here of my homemade candles. (My favorite hobby.)

On the other hand, spend some money and a higher end video camera will takes awesome stills.

On a practical level, this means you’ll have more room to do digital zooms if they have a higher mega pixel count. If you look at your pictures on a big screen, it’s easy to notice a low pixel count and shutter blur. But on a smaller screen, it’s ok. The candle picture posted here does not really look awful until you blow it up.

So if high quality resolution is important to you, here’s a reality check. Don’t expect the still pictures produced by a video camcorder to be up to a high end HDSLR camera, but they can provide decent quality and it sure is convenient to be able to do both with one camera. 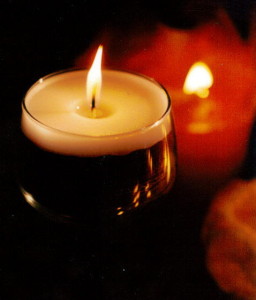 One lux = the light from one candle at one foot. This shot is more of my home made candles.

Are you going to constantly be shooting in low light situations? The spec to look for is the Lux level. Lux is a term used to measure light. A video camera with a one or two lux level indicates the camera does well in low light. (Think of one lux as the amount of light given off by one candle.)

If you want to get more sophisticated than a low lux level camera, then look for a feature like the NightShot Infrared System by Sony. That is their trademarked name, other brands might refer to it as night vision or something similar 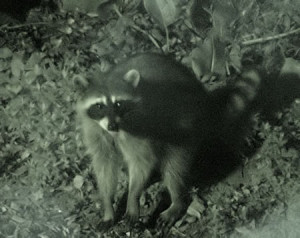 Sony’s system works by shining infrared light. Other systems just boost the grain in the picture. (Grain is also called Noise, and it is little tiny white dots added to artificially boost the brightness level.)

Sony claims you can “capture natural-looking video even extremely low light.” I beg to differ with their use of the phrase “natural-looking” but it’s fairly good compared to the extremely green video like night vision has traditionally been.

Sony claims their system records subjects up to 20 feet away using the built-in infrared lighting system. Many of the reviews I read say that it doesn’t work well except at shorter distances.

Sony’s system says it gets natural color and it is, relatively speaking. Every night vision feature I’ve ever seen makes your video look green and grainy but even so, it enables you to get pictures where it wasn’t possible before. Think about nighttime war footage you’ve seen on TV news. It is always green and grainy, but it is a better image than nothing at all. 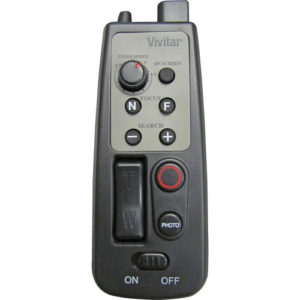 A wireless remote is included with most video camcorders in case you want to operate it from afar. This can be an incredibly handy feature if you take advantage of it.

Using a remote allows you to stick a camera in an out of the way place and then start it at the proper time. For example, a friend of mine got a great high angle shot of his church Easter play by remotely controlling a tiny camera logged in the beams of their 30 foot high ceiling.

Remote also lets you control the playback of the video camera when it’s hooked up to a TV set. Different models allow different levels of control, especially in record mode.

Many professionals in the film and video industry have always felt like film looked superior to video. Film has more realistic colors and accepts light more like the human eye. So the video camera engineers have tried to make video look like film.

In my opinion, they haven’t had much luck with this feature in the low-budget side of the market. In higher end cameras, it does produce a distinct and pleasing effect.

Some Cinematic modes will adjust the tape speed in frames/second and the frame rate (24 instead of 30 fps) to make the video camera give an image more like film.

Sometimes, this feature can cause unintended compatibility issues so personally, I never mess with it.

Some folks think it’s a must have feature but in my humble opinion, 95% of your audience won’t be able to tell the difference. So save your money!

I hope this information on video camcorders was helpful to you. Happy camera shopping!