How To Use DSLR Cameras For Video

DSLR Cameras have become extremely popular for video making. Why is that and are they a good idea for you? Video Production Tips is pleased to present this guest post from Greg Lam, a professional videographer in Vancouver about the pros and cons of using DSLR cameras to shoot video. 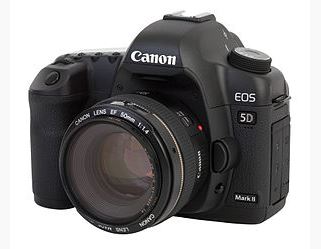 When DSLR cameras came onto the market, it was considered a revolution in video production. Now, there are many options when it comes to finding a DSLR camera. As this is the case, this may mean that anyone looking to purchase a camera of this level may want to check out sites like gearsurfer to help make the process easier. Soon, anyone who has thought about owning a DSLR camera could be the proud owner, in the hopes of creating high quality video content.

It all started with the Canon 5D Mark II, which was the first Digital SLR* to take 1080p video back in September 2008. While 1080p recording may not seem revolutionary, HD video camera were already doing this, the image quality was the revolutionary thing. The images were gorgeous and film-like and they could all be stored on the best sd card so are easy to edit into beautiful videos. The shallow depth of field and the dynamic contract you could get from the images were simply beyond anything even close to that price range in standard video cameras. (the 5D Mark II camera body was around $3,000).

Dynamic contrast is a fancy sounding term that really means the range of brightness that will show up on your video recording. Cameras with better dynamic contrast can show all the colors from the very dark to the very bright. This is a great feature, because if you’re filming on a sunny day for example, you’ll still be able to see the blue sky as well as items in the shade. With a camera that is not so good with dynamic contract, you will only be able to get detail in one or the other, but not both.

The reason these DSLR still cameras can take such amazing video is that they have a massive image sensor in comparison to a regular video camera and this is a very big deal.

The image shows the different size of sensors on cameras. Video cameras had the tiny small boxes in the left hand corner. DSLR image sensors are represented by the larger boxes. Now it’s easy to understand why the picture quality with DSLR cameras is so good!

Along with the strong point of high quality images, there, of course, has to be a downside! There were, and are, many problems with DSLR cameras. Some of them are actually quite major.

Despite that lengthy list, the image quality couldn’t be beat… until now. I say the DSLR revolution is over because certain video cameras now come equipped with DSLR sized sensors, such as the Panasonic AG-AF100 and the Sony NEX-FS100. Now, these cameras still have some of the same issues, but they also allowed for some fixes:

So, for anyone who is used to shooting with a regular video camera, switching to a large sensor video camera such as the AF100 or FS100 will be easier than switching to a DSLR camera. It should be noted, that a large reason for the popularity of DSLR video cameras is also their price points. You can literally purchase a DSLR body and lens for $1,000 and shoot amazing quality video. Something you can’t do with a regular video camera. The large sensor cameras are in the $5,000 price range, so are more expensive. Of course, but if you are shooting video for a living, it may be a necessary extra expense.

If you weren’t aware of these developments in the video camera world, you better get educated fast, as you will begin to see more and more video productions being done on these large sensor cameras with interchangeable lenses. The quality and creativity will ensure this.

Greg Lam operates a Vancouver Video Production studio called Small Biz Doer Videos and is an executive member of the BC Professional Videographers Association, the largest association of its kind in Canada. He also operates a small business website called the Small Business Doer that provides insight and advice to small business owners, with many of the articles being video articles of course!