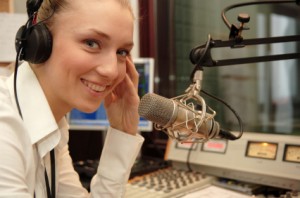 Straining to hear simply isn’t worth it for your average viewer. They’ll turn you off rather than endure the noise! Viewers are more forgiving of grainy, shaky, poorly lit video than muffled audio.

I have seen evidence to prove this many times.

The microphones on-board today’s camcorders are good as far as they go, but they have limitations. There are ways to work within their limitations. If you have no choice but to use the on-board mic, and need to get good sound of someone speaking, follow these tips:

For most videos, you will want better sound quality than you can get with the camera mic.

If you need better audio for your production, you need to have two things: 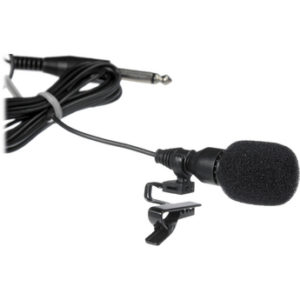 A foam rubber wind sock can go a long way in protecting your audio from wind noise.

A good omni-directional mic works if you have more than one person speaking. Hide it somewhere close to the action, like in the flower vase on the table.

A common method for 3-4 people video crews is to have an audio guy hold an omni-directional shotgun microphone on a pole and follow the action. This is called a boom mic.  Works great if you have that kind of crew. The pole isn’t too expensive and a padded microphone won’t cause too bad a concussion! 🙂

If you’re using lavs, it’s best for each person to have one but if not, give it to the person who will speak the most.

Don’t give it to the fellow with the deep voice that projects a mile, he will pick up ok if he doesn’t stray too far from the person wearing the mic.

Microphones for video production can be wireless or ones that you have to hook directly into the camera. Wireless microphones give you TONS of freedom and are considered essential for a professional crew.

If you can, buy a wireless. Bottom line price on a wireless that sounds better than a tuna can with string is about $200. A cheap wired mic can be had for $25. The more you spend, the better your mic will sound, no doubt about it. 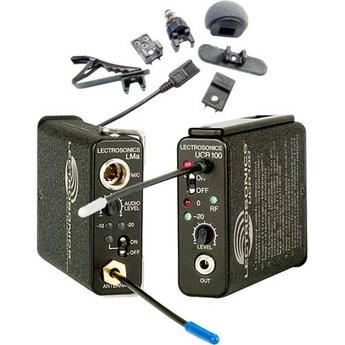 A wireless microphone with its accessory parts

If you can’t afford a wireless, do yourself a favor and get an extension cord for your wired mic. The $25 jewel I bought at Radio Shack came with just a 6 foot cord. That’s a terrible pain when out shooting. I bought a 25 foot extension cable and my students loved it, assuming they could find it.

The receiver portion of a wireless microphone is plugged into your camera. The transmitter sends it to the receiver and from there, it enters the camera and is recorded onto the tape or disc or memory card, hard drive or whatever it is your camera records on.

With a wireless microphone, the people talking on-camera won’t be tethered by the mic cable; they can be as far away from the camera as you want which is a joy and opens up tons of creative options. Having a microphone umbilical cord is a pain in the butt!

Another advantage with using a wireless is that people wearing them tend to forget it’s there and this helps them lose any inhibitions they may feel being in front of the camera. Often, you can get much more entertaining and watchable video this way.

I hope this discussion of audio for video helps you make better videos.