All of us who love making videos can celebrate the dedication and success of the De Rousseau brothers who have produced three full length, independent action films with little to no budget.  A while back, we published a post about their movie making experiences. 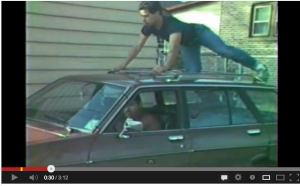 Now they have added a documentary about their love of film making to their list of finished films.

The trailer about the doc posted above was edited by  brother Daniel De Rousseau.  The doc took 15 months to complete, while he also worked a full time job.

I really admire their dedication and pursuit of artistic achievement.  When you watch their films, it is easy to see their progression toward quality.

Their first film was made when they were just teenagers and obviously their techniques improved over the years, which results in a more visually interesting finished story that today’s sophisticated viewers can enjoy watching.

There is no shortage of action in these movies, that is for sure.  Lots of martial arts and daring stunts.

Here is a link to their YouTube channel where you can see various other trailers and promo videos.

I hope you will find the following interview with Daniel inspires you to stay dedicated to your video making goals.

These films contain a lot of action!

What motivates you to do this?

Eight years ago when I dropped out of my one semester of film school, I was determined to make a movie. It never happened. I didn’t have the resources and life got in the way. Now with the with the advancement of affordable cameras and editing software, anyone can make a movie. There are no more excuses for young film makers who procrastinate. After one semester of film school I transferred and got my bachelors in Communications. I now work a full time job in sales for a publishing company.

Do you make any money at all from it, or is this purely done for the love of film making?

Right now it is done for the love of film making. I had the story for the documentary in my head for a few years and knew that there was a potential audience out there. Now that the documentary is done, I have just submitted to my first film fest. I am also working with a few DVD distribution companies that are interested in seeing the documentary. I want to find the biggest platform for people to be able to see the documentary. Ideally I would love to get it into Netflix or Redbox.

How did you finance it and how much did it cost to make? 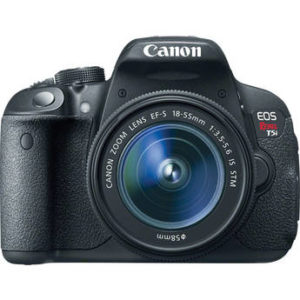 Two years before I started on the documentary I bought my wife a Canon Rebel camera for Christmas. This was the camera that I used for the documentary. As far as audio for the majority of the interviews I just used the audio recorder on my smart phone. After I put together the promo video I was able to get some corporate sponsors for the documentary. When you see the film you will notice that some of the actors are wearing Dethrone Clothing. They were the first sponsor. After them I set out to get a brewery and a coffee sponsor. Throughout the documentary whenever some one is drinking a beer it is a beer from Sun King Brewery. Whenever someone is drinking a cup of coffee it is from Barrington Coffee. The documentary probably cost me $200 out of my pocket and that was for buying extra batteries and memory cards for my camera.

How long did you work on this and how many people were involved?

It took fifteen months to complete the documentary. I was basically a one man crew. During some of the interviews different crew members from Deadly Memories: Lost & Found would help out. After I had a rough cut I would show it to my brothers for feedback. My main concern was making sure that documentary flowed well and completely covering the history of these three movies.

What obstacles did you run into and how did you over come them?

One of the biggest obstacles was trying to find a way to explain to the audience the history of the three films. I knew the back story very well but had trouble at times in the editing room finding a creative way to layout the complete history behind the Deadly Memories Films.

What marketing strategies do you use? Where does it air?

Once I started editing the documentary I created an excel spreadsheet and continue to search and collect email addresses. This made it easier last month when I launched the official trailer for the documentary.

What advice do you have for someone wishing to make a movie?

Do it. Don’t over analyze and talk yourself out of it. Also if you like your edit stick with that gut feeling, and remember that throughout the entire editing process. It can be easy to start making changes based on what people who see rough cuts suggest.