WHAT KINDS OF VIDEOS ARE POPULAR WITH VIEWERS?

As a video producer, I have to always be asking myself, “What does the audience WANT to see?”  I think it is my job to give it to them.

It is easy for a video producer to take the attitude, “What do I want to produce?” and then hope that people will watch whatever you give them.

Although I am occasionally guilty of that thinking myself, there’s no doubt that the first strategy will always be more successful.  The viewer is in the driver’s seat.  There is plenty of video online for them to watch so they can pick and choose.  Give them what they want and they will choose you.

So what do online video viewers want?   Judging by what is most popular on You Tube, CUTE is always a winner.

Some of the most popular videos on You Tube are totally insignificant except for one obvious attribute.  THEY ARE CUTE!  Usually, the cuteness centers around animals or babies.  Baby animals pack a double whammy!

People love to ohhhh and awww.  Cute babies, animals, baby animals are universally loved!  Show me someone who does not love a cute baby face and I will show you a curmudgeon with no friends! 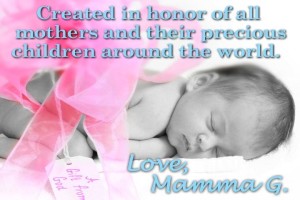 Who doesn't love a baby face?

Back when I worked in TV news, we used to constantly laugh about this.  Here we were trying to do serious, intellectual stuff but our serious efforts got beat out by CUTE ANIMALS every time!

What lead the news that night?

A story about a dog!

Al had to settle for being the follow-up story. 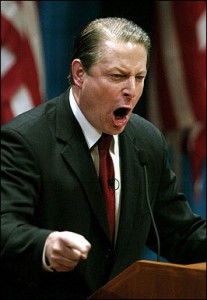 It's tough being Al Gore! His formal announcement running for president 2008 was beat out for the lead story on the TV news at 10 p.m. by a dog story!

Now when it comes to news, I rather decry the practice of pandering to the audience like this but when we’re talking online video, I have no problems with it!  Let’s do CUTE VIDEOS.

We recently had a litter of puppies at my house.  Are they ever CUTE!  So I just HAD to do a video.  I will make a prediction right now…this cute puppy video will get more views on You Tube than all my other views combined!

This was an easy to video to make. I grabbed my tiny mini-Dv camcorder and sat down on the floor with the puppies.  This way I could get up close and personal.  I shot most of it with the camera right beside the puppies with it zoomed out all the way and focused on a macro shot.  The puppies do not have their eyes open yet so they did not even know the camera was just an inch in front of them.

Close-up shots looking directly into their cute little faces give the viewer the best perspective.

I spent about 30 minutes video taping them doing whatever it was they felt like doing.  I just used window light, which was only about one foot away.  I brightened up the room considerably by opening all the shades.  This gave plenty of soft, diffused light.

I made sure to keep my own mouth shut so the microphone would pick up all their whimpering.  Even their sounds are cute and I knew I would take advantage of their natural sounds while editing.  I ended up using their whining and whimpering during the entire finished video.  I overlaid some toe-tapping royalty free music and mixed the two audio sources.  I think without the natural puppy sounds the video wouldn’t be as cute.  But if I had left off the music, the puppy sounds alone would have gotten tiring.

I had so many cute shots I ended up using two shots on the screen at once for the entire video.  I put the puppy shots on top of a digital juice background.  I took the opacity of the background down to 70% in order to mute the color of it somewhat.   A good background should not overpower the video.

I softened the edges of each puppy shot and set the size at 58%.  I put one in the top left and the other in the bottom right.  I put a default one-second dissolve between each shot, making sure that no two shots were dissolving at the same time.

I spent about two hours editing this one-minute video. I must say, I had a jolly good time!

Please leave a comment below!  I’d love to hear what you think.  Now it can be argued that these puppies are actually kind of UGLY.  But see, with puppies even ugly is cute. 🙂