Documentary film and video production is my personal favorite type. For me, there is nothing more fun in this whole world than producing a documentary on any subject that contains enough depth to warrant detailed coverage.
Lots of you reading this blog have ambitions to be documentary filmmakers and I want to do everything in my power to encourage you. I think the world needs as many documentaries as it can get. Forget American Idol, give me a documentary to watch any day! Yup, I am a hopeless dweeb in this department. I just love documentaries!

I am lucky enough to have worked on more docs and news series than I can count. The video above is the first portion of a short documentary I worked on covering the topic of professional liability insurance. There had been a recent surge in liability insurance premiums for business and this video was an evaluation of that trend.

So what does video of an old choo-choo train have to do with the gloriously dull topic of liability insurance? Read on to find out. In short, it is an attempt to help the topic not be so dull!

Although documentary films usually do not have the world’s largest audience compared to other genres, they are vitally important because they are the only way to cover a subject in-depth. Most subjects are too complex for the basic 1:30 time allotted in a generic television newscast.

For this post, I am going to call a documentary anything over 5 minutes on one subject. Granted that’s on the short side, but you can pack a lot into a well constructed five minute video. Longer videos still needs to be concise. Length is not an excuse to ramble.

I get lots of questions asking where to start when making a documentary-style video. Here’s the answer!

WHAT IS A DOCUMENTARY STYLE VIDEO?

Let’s start by defining “documentary style” beyond the length of the finished piece.

Documentaries by definition are fact based, information driven videos. They usually rely heavily on interviews with people affected by the topic or an expert on the topic. These interviews are known as talking head videos. Short, individual portions of the interview are called sound bites.

Typical documentaries also include video taken in a run-and-gun, fast paced style. Documentary films are low budget, usually have a small crew and do not normally stage anything. Theoretically, they are documenting reality. They often rely on natural light or a simple 1-3 light set-up. A good documentary crew ALWAYS has a shot gun microphone running to pick up whatever sound might happen. This is called natural sound, or ambient sound and it is an important storytelling element. 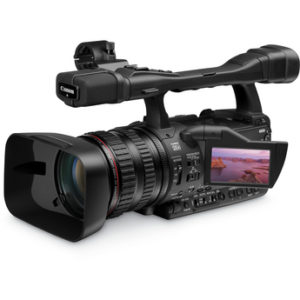 The microphone directly above the lens is on all the time capturing whatever sound is occurring. (Known as natural sound or ambient sound) For interviews, plug in a lapel microphone to get the best sound.

Documentary style is quite different from high end Hollywood style production where the tiniest details are controlled and they might take a week to set up one shot.

“Documentary style” has evolved beyond “real” documentaries that are a work of journalism. It’s known as a production method that might be incorporated into a music video or fictional work. The “style” of the newsy, run-and-gun production method shows up everywhere. Since I myself worked in journalism, this post is going to assume journalism is at the heart of what you are doing.

PICK A SUBJECT AND LET’S GO!

Any subject with some depth will do in my opinion. The more people affected by the topic, the larger your potential audience. There are no set rules on how broad the topic can be. You can cover the world in an hour show. You can cover something quite well in a 5-10 minute show.

Once you have a basic subject matter, do a bit of research to get a decent grasp of the big picture. Figure out who the experts, movers and shakers are on this particular topic. Then, call them up. Talk to as many people as possible. You are NOT trying to set up video interviews at this point. You want to talk by phone to everyone you have time to speak with. Interview them casually as you speak to them on the phone and take copious notes. It helps to have a headset so you have two hands to type. Write down who you are speaking with, when you speak with them, the number where you reached them and as well as the gist of what they say. Use the conversation to get a good feel for their opinions and how well they present themselves.

ALWAYS ASK WHO ELSE THEY KNOW THAT YOU SHOULD TALK TO.

One expert leads you to another, then to another and so forth. Also ask your experts for “regular” people they know who have been affected by the subject matter. Ask them for real world examples and make notes of it all. You will end up hanging your story on the “real” people you find. Experts are usually your best source to finding the “real” people. In the final video, the real people might be more prominent, but in the pre-production phase, you usually begin by locating experts.

Have the experts written articles or books on the subject? Find out, get a copy and read it.

After you have done all this research, you are ready to outline what seems to be a practical finished version of your show. Decide who and what you want to actually videotape. Call them up and get it scheduled. You are done with the pre-production phase. 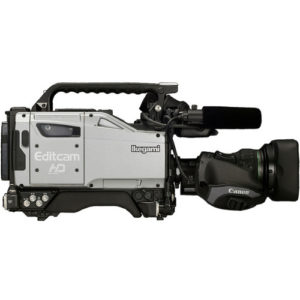 WHAT DO YOU USE FOR VIDEO, AKA B-ROLL?

One of the most frequent questions I get is where do you get ideas for video shots? The answer to that is a lot easier than you might think. (This type of video is referred to as B-roll. Your interviews, or talking heads, are called the A-roll although that term is not as common.)

Start by taking some b-roll video of every single person you interview. Take video of them doing whatever it is they do. Hopefully, it will relate directly to your story but if not, you can still make it work by tailoring your narration so the video seems logical. The example video on liability insurance I have with this post is a good example of matching the narration with the video we ended up getting.

As an example to illustrate this for you, I dug up this old story I worked on about liability insurance. The actual subject matter was about how the gigantic rise in liability insurance premiums was strangling businesses. Sounds boring, right? How in the world would you visualize a story about something as bland as liability insurance? Well, we found experts who told us about real people and real businesses who were feeling the strain. One of those businesses happened to be a historic railway museum that ran an old coal-fired steam locomotive. So we went for a ride and I took video of everything that moved. Workers stoking the fire. Shoveling coal. Ringing the bell. Visually exciting stuff for a boring subject.

Now if you had asked me in the very beginning how I was going to visualize liability insurance I never would have said by taking shots of a guy shoveling coal. That never would have entered my mind. But by following the basic procedures I have outlined here, it became the logical video to use.

This clip is only the first minute or so of what was actually a 10-12 minute story but it will demonstrate exactly what I mean when it comes to creative but easy ways to visualize your documentary topic. As I watched this video while posting, it struck me how slow the pacing seemed to the way I would edit it today. Like I always say, video production is fluid and there is never just one right way to do things.

If you enjoyed this topic, please let me know. I can write forever on documentary making if you so desire but this is enough for one post.