WHAT IS A TALKING HEAD VIDEO?

“Talking Head” is the slang name in video for a person speaking on camera.  This video here is a basic talking head of yours truly.

Talking heads are an extremely easy, efficient way for people to do online videos.  Talking heads are a fantastic way to promote yourself online, but you want to make sure and do them right. A crummy talking head will probably do you more harm than good. This post will tell you what you need to know to create professional-looking talking head videos.

WHY SHOULD I DO TALKING HEAD VIDEOS? 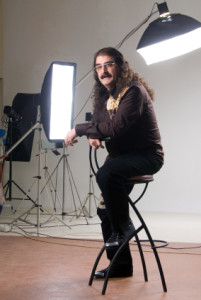 You can do just about anything with a talking head: sales videos, blog posts, even entire online courses can be made out of talking head videos.  For the vast majority of online marketers wanting to do video, a talking head is absolutely the BEST way to go.  Even if you add additional storytelling elements to them, talking heads form the backbone of  most video styles.

When video novices ask me what kind of videos they should make for use online, I almost always tell them to DO TALKING HEAD VIDEOS!  This is because they are simple, fast and inexpensive to make yet communicate your message well.  They put YOU out there in a personal way so viewers can get to know you.

A talking head” shot is usually framed as a medium close-up (MCU) and sometimes the person is speaking directly to the camera, other times, they are glancing slightly off camera in what’s called a 3/4 profile.  They might be talking to another person, other times they are speaking only to the video viewer.

A Talking Head Video is probably the single most common shot in all of video production, so once you know how to do it, you’re halfway home.

Think about how often you see talking heads.  Any talk show, news show, game show, sales show, variety show, situation comedy, commercials, just about any excuse there is to make a video is full of talking heads.

I figure I have done about 11,000 talking heads in my career.  I came to think of them as video portraits.   A talking portrait like they have in Harry Potter!

On a practical level, if you want to make a simple video that communicates a basic message plainly, do a talking head video.

I often get asked, what is the easiest way to do a marketing video?

Video novices usually have absolutely no clue how time consuming and labor intensive video production can be.   I have seen many people dive into big video projects with high hopes, but a few weeks later they are frustrated and angry.  If they had stuck with good ole talking heads, they would not have run into the same problems.

HOW TO MAKE YOUR OWN TALKING HEAD VIDEO

If you are trying to make a talking head video, you need to think about these things:

Any video camera can be used for a talking head, from the simplest flip camera to the most sophisticated. Webcams are a popular choice for talking heads and are probably the easiest way to go.

No matter what kind of camera you use, it’s usually pretty close to the subject,  either literally or via zoom lens.  The camera will either be staring them directly in the face or, off to the side just a bit in what’s called a 3/4 profile. 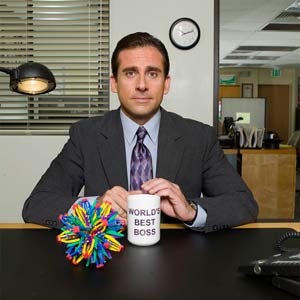 The TV show The Office, used talking head interviews with their characters so you could learn what they were REALLY thinking.

There is a difference in how a viewer will react to someone staring right at them or one glancing off to the side.  Staring directly is more personal and intimate.  Looking off to the side makes the viewer feel more like an observer.  Which one is appropriate for your video depends on what feel you are going for.

I LOVE 30 Rock and The Office, two examples where the characters “confide” in the viewer.  The director conveys that visually by shooting a standard talking head with the “interviewee.”

When you frame up your talking head shot, be aware of what is called head room and nose room.

The vast majority of talking heads are medium-close-ups, the exact same as you would see in a still picture portrait.  The bottom of the shot cuts off in mid chest, maybe mid-stomach, and there is just a touch of head room.  Sometimes you want to add other images in editing, perhaps graphics like a name, location, or logo.

If you will be adding to the talking head later in editing, you need to leave room somewhere on the shot to put whatever you will add.  Typically, names and location graphics are placed on the bottom third of a talking head and called a lower third super.   Of course you have the option of placing these elements anywhere you want in video editing.

Some head shots go in extremely close, with the eyebrows at the top of the video frame and the mouth at the bottom.   The closer you get with your camera shot, the more intimate for the viewer and the more invasive for the subject.  Where you draw the boundaries is known as creative license.

Trust me, most people do NOT like seeing themselves in an extreme close shot, their nostrils resembling moon craters.   Come to think of it, most viewers would not go for that either.  As in real life, good video making needs boundaries.

The best form of lighting to use for a talking head video would be similar to what’s best for still picture portrait lighting.  Generally speaking, what flatters the face is soft, diffused lighting set up around the subject in a triangular pattern known as triangle lighting or 3-point lighting.

Not all talking head videos rise to triangle lighting, sometimes reality is you only have one light.  Please don’t think you have to use fancy light fixtures, not at all.  You can make whatever you have work.

In proper triangle lighting, there are three lights:

If you only have one light, go with the key light as it is most important.  Which light is of second importance is debatable and really depends on what look you prefer. 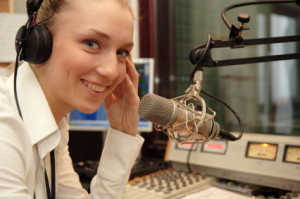 GETTING GOOD SOUND
Decent audio is critical for a talking head. If a viewer can not hear what is being said, they will shut you off no matter how good everything else is.

The best way to get great sound is to use a small lavalier microphone clipped close to the person’s mouth.  6 inches away or so on the person’s lapel or collar.    A lav mic will disappear in your shot and they are designed for just this purpose.   Make sure no clothes are rubbing on the sensitive mic portion.   I always hide the cord under the clothes if possible.  This is because I think dangling cords look tacky.

No matter what kind of mic you use, using a separate mic means you have to have a camera that allows you to plug one in.  Small video cameras rarely have that option.

If you do have a place to plug a mic in, even if all you get is a cheap wired mic for $25 bucks from a store like Radio Shack, your audio will be much better than if you relied on the camera’s on-board mic.  If you go that route, buy an audio extension cord for greater flexibility in positioning.

A second option is to use a boom mic, (AKA: telephoto mic, shotgun mic) that would be held about 3-8 feet away, out of the camera range.  This methods is used a lot in professional TV and movie making.  Next time you are watching a TV talk show like the Tonight Show, be on the lookout for the boom mic sneaking in at the top of the shot.  That is a mistake of course but it happens a lot.

A third option is a hand held microphone, but be aware that lots of people think holding a big mic looks a bit tacky.   They also seem old fashioned to a lot of people, although that is really not accurate.    I had a VPT reader respond to one of my talking heads using a handheld mic by saying I was obviously a person who liked to pretend it was still 1950!  That made me laugh but it is instructive on how viewers react.  The good points for handheld mic good points are rugged durability and good quality pick up.

If all you have is a small video camera with a built-in microphone, then it will work best if you have the camera and mic about 2-3 feet from you.  Speak fairly loudly, much more loudly that if you were using a mic closer to you mouth. 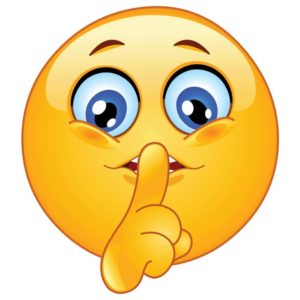 No matter what kind of microphone you use, make sure all background noise is turned off.  Record in as quiet an environment as possible.

Speak clearly and articulate well.  Pay attention to your pacing.

There you have it, my friend!  Combine all these concepts and you have a professionally done talking head shot, the most common shot in all of video production.  Now that you have all the production considerations down, what are you going to say?

Writing a basic script for a talking head video is fairly easy.

A script for a simple talking head marketing video should be a brief introduction of you and your product/service to the potential customers.  Just say hello and tell them the essential key elements.  The script should be brief and focused.  Final length should be no more than two minutes.  One minute, or even 30-45 seconds, is probably best in most circumstances.

In your script, make sure you give some kind of reason why your service is the one they should select.  This could be based on experience, superior skills, or because you are giving a great bargain.

Then, add a distinct call to action.  Whether the call to action is “email me” or “buy my book,” be specific and ask potential customers to take the next step in doing business with you. 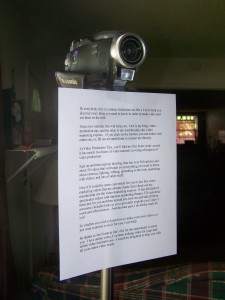 Practice reading it aloud.  This is actually a crucial part of the script writing process.   Unlike a novel or magazine article, a video script is meant to be read aloud so you have to judge its quality from hearing it read out loud, not just by reading it off a piece of paper.

Listen for flow and how easily the words come out of your mouth.  A good video script needs to use words that are easy to pronounce.  Even professional narrators do poorly with tongue twisters.  Modify your script as you hear it aloud to make to flow better.   Then, setup your camera and lights and you are ready to record!

Use some sort of teleprompter.  Even just scotch taping a copy of the script to the bottom of your camera lens can function as a low-budget teleprompter.  You could also use a laptop as a substitute teleprompter.

Once the script is done, you are ready to shoot.  Follow the lighting and audio advice above for best results.

Now you know how make your own talking head video.  Thanks for reading!  Let me know how it goes for you.