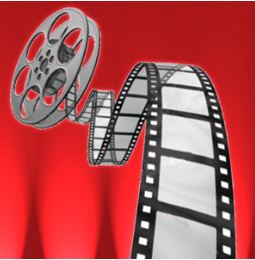 Okay, so you have a short film that you have made.

This is a huge step that you have taken. You are either incredibly excited or completely exhausted. Probably a little of both! So what do you do now?

You have a film that you are incredibly proud of and you want to get it out there to be seen by your peers as well as by industry people. Hopefully, this will lead to more work. Film festivals are a great way to accomplish this. Who knows, one day someone may want to see it so much that they use a pirate proxy from websites like Avoidcensorship.org, to get it downloaded as they cannot wait to see it!

I have 4 films that have gone to film festivals…so let me tell you how I did it. Maybe you can get an idea of what the submission process will be.

What Film Festival Do I Submit To?

I think that this is where most young filmmakers make their first mistake. They submit their films to the well-known biggies: Sundance, and Toronto and Cannes and Berlin…All the major festivals. Now this is great, but odds are that this will be a waste of money.

There are hundreds, maybe even thousands of lesser known, smaller film festivals. They are much easier for beginners to get into and achieve some recognition.

First, you need to determine who your audience is. Is your film a horror film? Is it a film made for women by women? Is it a family drama? Is it a documentary? I only ask you this because it is a waste of your entrance fee if you submit a family drama to a horror festival and vice-versa.

Once you get a firm idea of your audience, then you will have narrowed your niche of film festivals to submit to.

What Platform Do I Use?

There are two widely used submission platforms that you can use. I started out using Without a Box for my submissions, but then moved to Film Freeway. Here are several of the main differences.

A. Fees are cheaper at Film Freeway. WAB has 3-4 fees to use their submission platform and Film Freeway has only 1.

B. Film Freeway allows you to submit a link with your submission. This is vital because your film should be seen in high quality mode, and WAB has a very poor system in which to view your film, unless you make a copy and send it by snail mail.

C. WAB has more places to submit to, but Film Freeway is improving daily.

D. If you are a student, there are many festivals on Film Freeway that allow you to submit for free.

E. Film Freeway allows you to search by genre. My latest film is a horror film. I found over 100 festivals that were specific to horror. I then was able to submit specifically to them, which upped my odds of success.

This can be very nerve-wracking if you are in a hurry for some response. You Must Be Patient!

I submitted my film to 92 film festivals back in July 2015, and about 30% still have not responded. This is probably due to the fact that the festivals themselves are still out in the future. But what I’m trying to say here is this: Stay calm and be patient.

This is a very individual question that only you can answer. Do you have the finances to travel to the festival? If you do, that’s great. Choose your festivals wisely. Go to festivals where there will be industry people attending and other filmmakers. This is a time to meet as many of your peers as possible. Make it count.

In conclusion, getting into a film festival is very exciting. It shows that someone has actually enjoyed your film and wants to share it with others in their festival. This is a good thing. Be happy and be grateful. There are literally thousands of submissions every year to every festival. You got in. Try and make the most of it.

John Montana is an actor living with his wife in L.A. and has begun to make short films. His most recent film, “Hungry” has been accepted into 24 film festivals all over the world. Check out his short film – HUNGRY at No Title Production Films.