BUILDING CHARACTERS FOR A MOVIE

When creating characters for a movie, consider the many different ways people behave, look and speak. Do you know anyone like this in real life? It always helps to follow the writer’s adage: “write what you know.” You can learn by imitating what has been done to create popular characters in successful tv shows and movies.

The obvious characteristics of a character are things like:

Emotional characteristics and personality traits are much more relevant to the creative process than these superficial things when building characters. However, in a visual medium such as film, what the character looks like has an immediate and lasting effect on the viewer so they must be mapped out during creation.

Much is accomplished with wardrobe, make-up and acting, which is very obvious with these two pictures of Mayim Bialik (left) who plays Amy on the Big Bang Theory.  Her character Amy on right, looks like a significantly different person than the actress herself.  This is due to hair, makeup and glasses as well as clothes, body language and facial expressions. 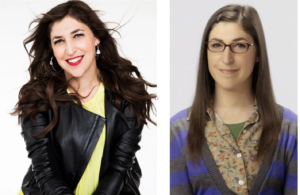 Write what you know but change it enough so you don’t get sued.

Quality movie characters should be realistic and lifelike enough to be believable for an audience. At the same time, a quality movie character will be in a circumstance larger than life so that can be a fine line for the movie creator.
Suspension of belief Audience knows it is just a movie so will forgive characters and situations not being totally realistic.

Target market:What kind of audience the movie is intended to appeal to. Is it for kids? Teens? Older adults? This makes a big difference when creating characters.  You want your characters to appeal to your target market.

Character driven: When creating the story, the writer imagines what such a person would do in that specific situation. Most writers say this is the best way to do it.

Plot driven:When creating the story, the creator is motivated creatively by what things need to happen for a good story.  i.e. adding a love element.

To create deep, well rounded characters, KNOW THE EMOTIONAL MAKEUP OF YOUR CHARACTERS.Most people are a mixture of traits. Individual traits are always on a continuum.Behavior depends on circumstance. 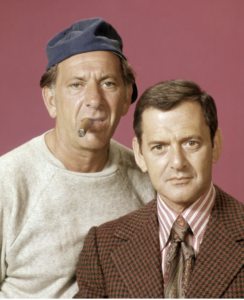 The Odd Couple starring Tony Randall as Felix Unger and Jack Klugman as Oscar Madison ran on TV in the 1970s.

Oscar Madison and Felix Unger were the two main characters in The Odd Couple.  Originally a Broadway play, The Odd Couple has also been made into a movie and two TV shows.   One aired in the 1970s and the other has aired recently. The show was built around the relationship of two men who were forced to live together due to divorce. The two characters clashed and were called the odd couple because they had drastically different personalities, one being a neat freak and the other being a slob. Can you tell by looking at the actors in costume for both TV shows which character was the slob and which was the neat freak? 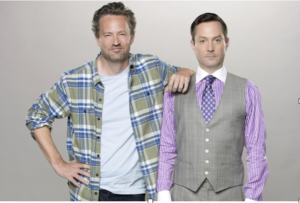 The Odd Couple starring Thomas Lennon as Felix Unger and Matthew Perry as Oscar Madison aired on TV from 2014 to 2017.

Discomfort on the part of the character becomes part of what drives the story forward.

Whatever characteristics you choose, those traits will drive both the character and the story forward. Often, tension is created in a story by using characters that have opposite traits from each other.

However, in a short video like a :30 spot, you have to rely on cliches, especially visual cliches
In addition to this list of human traits, a character’s habits and preferences can also be used to develop them as a character.Is the person a neat-nick or do they live like a slob?  Do they listen to classical music or rap music?
Are they picky about what they eat or do they eat cold pizza for breakfast? Thinking about a character’s habits can help you create full and interesting characters.

Here is a long list of human traits people have to one degree or another. Real people have lots of different traits but it is all very individualized. Some people have more of one or the other and circumstances always have an influence.

People are mixtures.You can be smart in some things but dumb in others.People fall on a spectrum.

LIST OF CHARACTER TRAITS: Listed in pairs of opposites

Brilliant, able to figure things out.