“What kind of video camera should I use to get the best image?” is one of the most frequent questions I hear.

There are hundreds of video cameras on the market, or perhaps I should say hundreds of devices that shoot video since all of them are not actually cameras.    Sometimes trying to choose one can be terribly confusing.

On top of sheer volume, it’s hard to separate the hype from the facts.  I hear many claims that an expensive video camera is simply unnecessary these days; a cheap one will do just fine.  Is that true?  Yes and no. 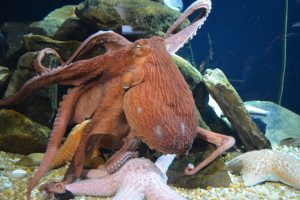 Even under extremely low light, this picture has fairly good clarity and tone. It was taken with the Nikon D5200.

First, it completely depends on how you are going to use the camera and what sort of quality your project demands.  Not all video projects need to be Hollywood-perfect and sometimes budget and ease-of-use take priority.

Other projects and videographers simply demand the best quality possible and nothing less will do.

Often, the resolution or other technical specs of an inexpensive camera will be comparable to a higher-end camera, but as a lifelong videographer, I am here to tell you that resolution is not the end all and be all of a video camera’s capacity.

Having said that, ALL video cameras perform better with quality lighting.  You can not completely make up for sloppy technique just by paying a small fortune for your camera.  However, as the picture of the candles below shows, even good lighting is not enough for some of the pocket cams. 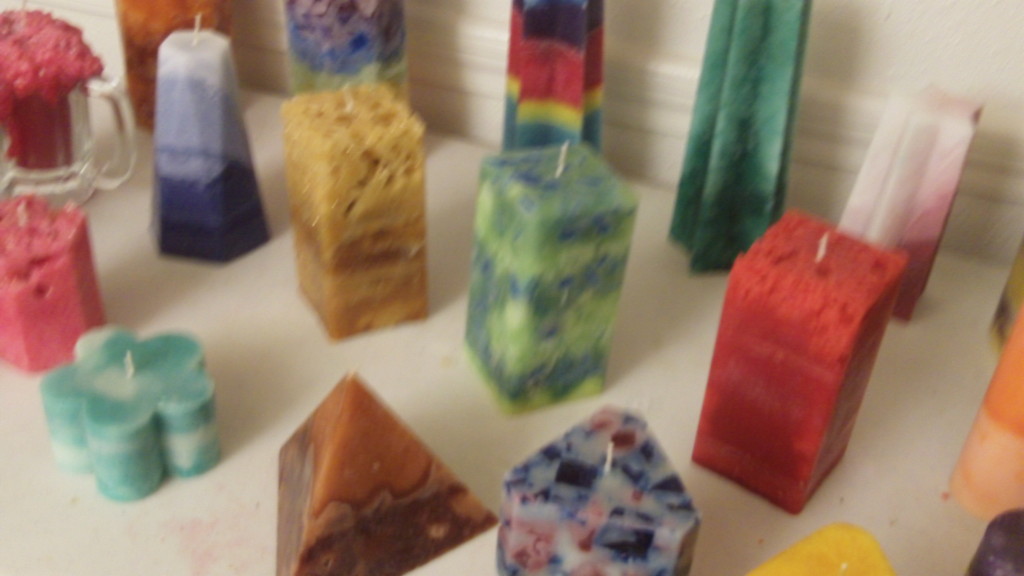 I took this shot of my homemade candles with a pocket camera, the Kodak Zi8. The picture is badly blurred, even though I used a diffused 1,000 watt light, which should be plenty.  This camera simply can not get a good still picture unless you are outside in full sun. The image sensor in this camera is a tiny 1/2.5″ CMOS and gets 5.3 Megapixels.  If the sensor were bigger, the image would be better even if the megapixels were not increased.  Of course then it would not be a pocket camera. 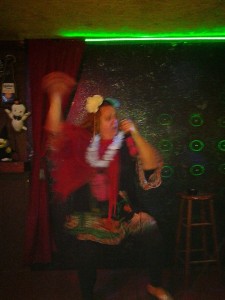 This terribly blurry shot of me singing karaoke was taken with an older model Samsung Android cell phone. The person who took it used the flash, but even that did not provide nearly enough light to get a sharp image. Oh well. We can say that the blur shows how fast I was dancing!  The flash only has a range of about 2-3 feet  to be fully effective. She was about 6 feet away.

This post examines all the factors that go into video image quality and shows the differing results from various types of cameras.

QUALITY GOES BEYOND RESOLUTION AND MEGAPIXELS

Don’t be fooled into thinking resolution is the end all and be all to picture quality.  It’s not.  It’s probably the single biggest factor, but the lens quality, the camera’s ability to handle low light and the image sensor size are among the many factors that are also important.

Camera advertisements tend to brag exclusively about pixel quantity so it’s easy to get the impression it is the only thing that matters.

Statistics bear out the fact that an increase in resolution and megapixels leads to increased sales.

One of my goals here at VPT is to give you the entire story, not just bits and pieces.  Advertisements of course only tell you the GOOD stuff. Here at VPT, I rebel against that to provide you what you really need to know. 🙂 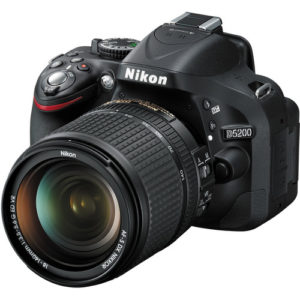 This is the Nikon D5200 HDSLR, which was used to take several of the example shots on this page.

Beyond high resolution, the best camera images also have superior: 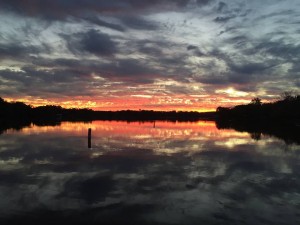 This low light shot was taken with the iPhone 6, which has 8.8 megapixels but a small sensor. There is a bit of noise, but it’s not too bad. The blur is minimal. The sharpness is ok, but not great. I noticed on the Apple website, all the example photos were taken in extremely high light, which of course is going to make for better resolution regardless of anything else.

As you can see in the images posted on this page, the higher quality cameras indeed do a much better job with all of these image quality indicators.  Additionally, higher quality cameras have more bells and whistles that give you, the photographer, more options and control.  That really only matters though if you know how to use them and want to do so. 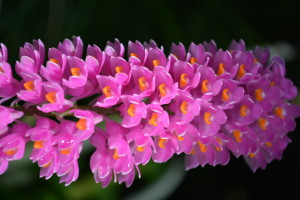 This shot was taken with a Nikon D5200, which is a low level professional HDSLR.  It has beautiful tonal gradation, virtually no noise and superior sharpness.  This shot was taken in full sunlight.  The D5200 has a  23.5 x 15.6 mm  CMOS sensor getting 24 megapixels.

SIZE OF THE SENSOR IS REAL KEY TO IMAGE QUALITY

Make sure to check the size of the image sensor; bigger is indeed better.  However, camera manufacturers often are a bit coy about sensor size.  There is not a standard measurement protocol so often you are comparing apples and oranges.

Obviously, a larger sensor means the camera will have to be bigger overall.  Cell phone video cameras and other pocket cameras need to have tiny sensors or they lose their advantage of being tiny.

Most smartphones, including the iPhone use a tiny 1/3.2-inch image sensor. Of course this explains how they are able to keep the devices so slim and light, but it’s also why image quality and low light performance usually suffer, even  when they have as many as 12 megapixels. The Nokia 808, which is considered the best smartphone camera has a 1/1.2-inch sensor, which is about 3 times the size of the sensor found in most phone cameras.

Sensor size affects pixel size.  Not all pixels are created equal.  Size matters as much if not more than pixel quantity.  When camera manufactures skimp on the size of the image sensor, that tells you that the pixels are tiny.  Small pixels will bring “noise” (tiny white dots) into your picture.  So clearly, squishing a bunch of pixels onto a tiny sensor is not a very good solution but that is what they often do. 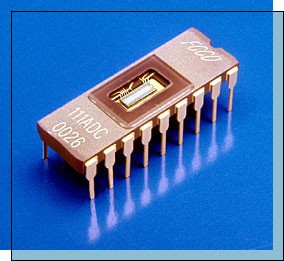 There are two types of image sensors used in digital video cameras:  CMOS and CCD.   CMOS is a newer technology. The two types are fairly comparable in terms of image quality. Both have pros and cons.

CMOS sensors usually need fewer components, so they use less power, and give a faster readout than CCD sensors. CMOS are also less expensive. Those advantages make CMOS extremely popular.

I hope you enjoyed this article. For more quality information on all aspects of video production, sign up for my free course and newsletter.