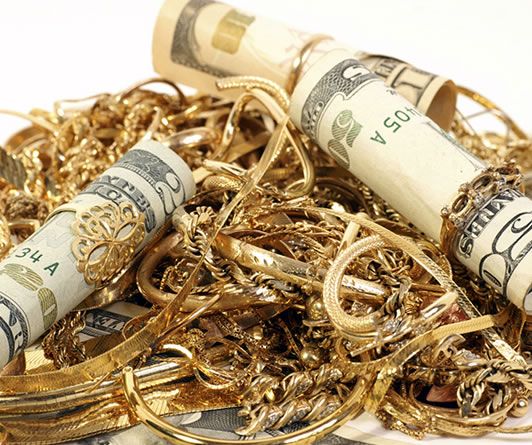 Adding videos to your online marketing efforts can boost the bottom line in a multitude of ways. In fact, most audio files are a good way of marketing and reaching your target audience. Although we’re only touching on video on this article, we’d still recommend you check out podcast and audio marketing to reach your crowd, even if it means getting more information from someone like Lower Street podcasting company. Anyway, we might touch completely on audio/podcast marketing at a later date, but here are our tips for video marketing.

Video works well and works with the sales funnel. If you don’t yet have a sales funnel to incorporate the video promotion, you may want some free clickfunnels templates in an attempt to create better sales organization and promotional video. Did you know that by adding a video to a landing page can dramatically increase conversions. A quick, friendly video on a thank you page will increase upsells. An animated explainer video, like those created by Explainly, could serve as an ideal introduction to business and showcase its products and services in an effective manner.

Video is- by far, the best communications tool you can use in so many different circumstances. In addition to sales, video is great for public relations, customer education, traffic generation, product display and even for the product itself.

For maximum effect and branding, it’s a good idea to have some continuity between your videos, even if they are used for diverse purposes.

In this post, I show you seven videos I recently created for a client trying to break into the online Cash for Gold business.

Cash for Gold is a huge and very competitive niche, so we are hitting it hard with a package of videos meant to serve vastly different purposes. We’re covering all the bases, plus we’re experimenting to see what style and tone work best.

This post shows you four squeeze page videos, each with a unique tone or style.

I’ve also posted a video meant for lead and traffic generation and was used in the capacity of a blog post informational video.

We made the entrance to the sales funnel an eBook I both print and video form. The print version was just the transcript of the video formatted nicely with pictures.

The seventh video here was used for customer education, giving directions for how to obtain a gold pack, which was an essential step in our sales funnel.

Four videos are at the top of this post and the remaining three are down closer to the bottom.

We’re going to be split testing these different versions of squeeze page videos to see which does best. Which do you like best? The dramatic or the undramatic? The talking head or the ones with voiceover and b-roll footage?

This particular video marketing campaign is so large that it is giving me the opportunity to do some experimentation. I have a lot of questions about what actually works best and I am hoping this campaign will allow me to find out.

THE DRAMATIC VIDEO
One of the squeeze page videos has quite dramatic with an ominous feel. I achieved that feel by using very dramatic music along with a dramatic read. Honestly, a different voice (deep, male) might achieve this better than my voice, but the client likes my voice so who am I to argue? 🙂

The script was also designed and written to be a bit fear-inducing. The free product being offered is, of course, going to alleviate the fear of the consumer. The script makes clear that without the free product, they are throwing themselves to the sharks.

In other words, it is the fairly standard format of presenting a problem and then solving the problem, just like in a text sales letter.

THE NON DRAMATIC VIDEO
The second squeeze page video is not be so dramatic in nature. That means the script uses softer words and I give it a softer read. I also chose much more light-hearted music. I also took out the slow motion fire shot. Other than that, the video choices are fairly similar.

I also plan on other squeeze page videos that are more newsy in style. In other words, an informational video that is not so heavy on the sales language. Those are not finished yet.

Over time, we will see which video gets the best conversions.

DIFFERENT STROKES FOR DIFFERENT FOLKS
At this point, I kind of hate to even make any predictions because I am so unsure of the outcome. I know enough to realize that one method will work better on some people than others but which one will appeal to the majority is just a guess.

I personally do not respond well to overly dramatic videos. I actually laugh at them which is NOT the reaction we’re going for of course. But my 30 plus years in the TV business has proven to me time and time again that I do not react to things the way the majority of people do.

I guess you could say I am the “PBS type” and like stuff most people consider boring! In my observation, scaring the bejeezes out of people is a very effective strategy. (Although I find that fact a bit disconcerting.) That’s why the first one out of the shoot is the dramatic one.

PEOPLE LIKE TO SEE OTHER PEOPLE
In addition to the two voice over squeeze page videos, I did one as a talking head. Although in the world of professional TV and video production it is a generally considered that talking head videos are considered boring, I think talking head videos work well online if they are kept short. Adding music helps keep it lively.

Letting people see a friendly face helps make up for the impersonal nature of the web. Research shows that many people feel like the internet is TOO impersonal and that prevents them from using more online services. A Talking head video is a perfect antidote for that IMHO. So we shall see as time goes by how the “boring” talking head converts compared to the voice over videos.

DOCUMENTARY STYLE FOR THE FREE GIVEAWAY
The video we created to serve as our free giveaway is a 33 minute “documentary” called The Golden Rules. Three of the squeeze page videos on this post are selling The Golden Rules. Here is that video.

This is the actual video eBook people could sign up for advertised in the four squeeze page videos.

In addition to The Golden Rules as a video, we also give it as a PDF ebook. The eBook was done first and essentially, the video is just a read of the eBook. I also stripped out the audio from the video so we could give it to people as a downloadable audio file too.

Needless to say we are trying to cover all our bases!

One of the biggest differences between this and some of the “real” docs I did back in the day is the amount of time it took to create. For online videos, you simply can not spend the weeks, months, even YEARS that it can take to produce a quality documentary. I made this puppy in 3 days! To whip it out that fast, I relied on LOTS of graphics and did not interview anyone. 33 minutes is pretty long and back in professional TV news days, I would have allowed months to produce something 33 minutes long.

This is a video I made as content for the client’s blog with the subject being the price of gold. This is not a direct sales pitch at all, but rather pure content for the market.

The blog content video is one of the 20 or so I have created for that purpose. These “content” videos as I shall call them, were uploaded to YouTube as well. These are informative, but short. Because they are short and rely heavily on royalty free video footage and still pictures, they are fairly quick and easy to create. Each one has a single topic, whereas the eBook video covered multiple topics.

I am pleased to say that all these videos helped the client’s blog take off like a rocket. I was amazed that his site got to the top of google for several key words very quickly. Now I do not want to give the videos 100% of the credit for that, but the videos certainly increased visitors time on the page and that alone is good for SEO.

In addition to the video, each blog post contained a text version of the script plus a short intro and call to action. Text, of course, is still important. But the text was mostly just copy/pasted from the video script.

The next video went on our sales page, not as a direct sales video but rather as a tutorial. The call to action is to request a Gold Pack, which is the first step in the process of actually selling your jewelry to a Cash for Gold dealer. The video explains what a gold pack is and how it is an important part of the process.

This, we have found out, is a vitally important step. In all honesty, we goofed a little in the beginning, believing that getting people to sign up for the eBook was the #1 goal. We were thinking that they’d sign up and then love all our in-depth information so much that they would go on and complete the sales process.

We realized a few weeks into it that was a mistake. Many people are ready to go and they don’t want to wade through our 33 minute video ebook no matter how wonderful it is!

So, we created a page just for the gold pack sign up and used this video.

I HOPE THIS IN-DEPTH ANALYSIS HELPS YOU CREATE MORE EFFECTIVE VIDEO MARKETING CAMPAIGNS!
I promise to expand on this post as time goes by and let readers know which strategies work best. We’re all learning here. Online video marketing is a relatively new thing so I hope my efforts can add to the body of knowledge that will propel the industry forward.

In the meantime, let’s hope my client, who indeed offers the best place to sell jewelry, sees his list grow by leaps and bounds! (We are already #1 for that keyword phrase!)